I propose two perspectives when reflecting on the relationship of Africa and Europe as unequal Siamese twins. One that seeks to historicize the interconnectedness and tensions thereof between Europe and Africa. It is a narrative fraught with causing global faultlines aggravating social upheavals, insecurity and political polarization and bring into question issues of European hegemony, colonial boarders, and citizenship, among others. The second perspective, is one that proposes the conviviality and incompleteness of humanity. From the African context, it is a narrative that draws on the African philosophy of Ubuntu with its roots in human sociality and inclusivity; it is a narrative that contextualizes African and indeed European collaborative schemes – African Union, European Union).
Both perspectives call on us to constantly ask the question of what constitutes possessing any particular identity and should we or can we ascribe a collective particular identity? Should we or should we not be preoccupied with seeking a consensus on world values that in turn underpin or shape our institutions and the social contracts that we express for example in international conventions and pacts. Perhaps there are nuanced insights that we can infer from the current debates in global health and in processes toward a global compact on migration. Institutes of Advanced Study, like STIAS or iASK, provide an opportunity for contextually situated creative spaces for the mind that demand the highest standard of scholarship and debate on parity-based long term global partnerships and at the same time promoting the spirit of a concerned scholar, a scholar who is responsive to context in conversation with the rest of the world and other disciplines.
(Edward K. Kirumira – Director, Stellenbosch Institute for Advanced Study- STIAS – South Africa) 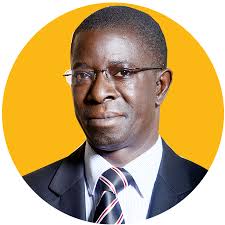