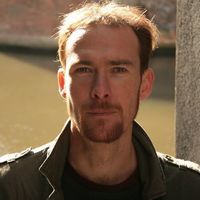 Oleksii Polegkyi (Ukraine 2016) is a member of the Political Communication Research Unit at the University of Antwerp, Belgium. He holds a PhD in Political Sciences from the University of Wroclaw and PhD in Social Sciences from the University of Antwerp. He received an MA in Philosophy from the National Kiev T. Shevchenko University in Ukraine and was a recipient of the L. Kirkland Fellowship Program, Erste Foundation Fellowship and an Open Society Foundation Fellowship. He worked in several think tanks and NGO`s in Ukraine. He published articles concerning the post-communist transformations in Eastern Europe, post-Soviet politics, European integration, identity and state building in the post-Soviet space.

Topic: The idea of “Intermarium” in foreign policy discourse of Ukrainian and Polish elites

The ongoing Russian-Ukrainian conflict, deep crisis of EU, and armed conflicts in the EU neighborhood – influences the debate on the future development of Eastern and Central Europe and possibilities of regional collaboration overcoming the EU formal borders. The Russian-Ukrainian conflict and growing tensions in the post-Soviet area has brought back the geopolitical thinking and puts security issues into the center of the world’s attentions. All those factors pushed national elites in Poland and Ukraine to look for redefinition of its regional and security cooperation.

The rationalization of the idea of “Intermarium” as a regional, transnational cooperation project of countries between Baltic and Black seas is based on a perception of threat coming from Russia. The crucial role attributed to the Poland and Ukraine in this project based on the basis of a unique historical experience in the balancing this threat. The aim of this project is to examine and compare how the ideas of regional cooperation and the concept of “Intermarium” are conceptualized in the Polish and Ukrainian political discourses.