Coronavirus: DAMA protocol comes before the Hungarian government, which can control many epidemics In addition to the infectious, now-frightening (corona COVID-19) virus, Hungarian researchers are also seeking to identify the underlying pathogens that may pose a threat later on. “Let’s find them sooner than they find us!” This is the slogan used by Orsolya Rita Molnár, an evolutionary biologist, with her four Hungarian colleagues and Canadian professor Daniel Brooks (senior researcher of iASK) on the DAMA protocol. We learned from her that their plan would come before the Hungarian government. Already in Hungary, the government has declared an emergency due to the coronavirus pandemic. The previously unknown pathogen (COVID-19) has spread worldwide from Wuhan, China. Pneumonia has taken thousands of deaths in the last few months and infected more than 100,000. You can follow developments in spreading and controlling the virus in our series of articles.

The English acronym contains four phases of planned work: documentation, evaluation, monitoring, action. Essentially, by gathering and analyzing existing scientific data, they would predict which viruses or other microbes could be dangerous to humans. After all, the infectious coronaviruses, as well as those of a few years ago, were not unknown, had been in animals for a long time, and had been barely dealt with before they were transmitted to humans. The prediction in question is obviously a task for evolutionary biologists and for the study of the evolution of living things.

Research at the Academy’s Ecological Research Center and at the Kőszeg Institute for Advanced Studies is therefore aimed at preventing them rather than treating epidemics. Orsolya Rita Molnár believes that 10-20 pathogens a year may occur, some of which would directly affect Hungary. The job would include, among other things, surveying “reservoirs,” distribution organizations that carry asymptomatic microbes that pose a risk to humans. According to Molnar’s example, the procedure could even have helped prevent Chinese infections in December. 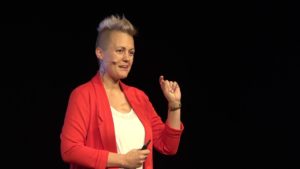 Biologists are not only looking at mammals suspected of being affected by the current coronavirus, such as bats or conifers, but also mosquitoes. Not only do they attach importance to predictions of pathogens that are dangerous to humans, but as recent examples of swine fever show that there may be a problem elsewhere. If, on this basis, it were possible to know where the danger was expected, one example of control would be that infectious animal products are not placed on the market or rendered harmless, for example by heat treatment. You do not even need to know exactly which of the many similar viruses will become dangerous, but you can keep a wider group away from people.

On Wednesday, evolutionary biologist Orsolya Molnár Rita will talk in detail about the coronavirus and the DAMA protocol in a free online show hosted by HVG. Everything you need to know. Original source: www.hvg.hu (March 16, 2020)

You can read the Special Issue of the iASK Polányi Centre’s Working Paper (The Threat within the Threat by Daniel Brooks) HERE!

Category: Főoldali iASK News, News from iASK, Other, Past News and Events, Public events
Share this post
Share with FacebookShare with TwitterShare with Google+Share with LinkedIn