The UN is Tested – Commemorating the 75th Anniversary #IntheTimeofCorona by H.E. Katalin Bogyay The new slogan at the United Nations Headquarters in New York these days is to ’Build Back Better’ – said Katalin Bogyay, Hungary’s permanent representative to the world organization.

Speaking online on June 3 from her New York residence in iASK’s ’Future of Europe in Global Context’ lecture series, Ambassador Bogyay described the shock of seeing the once so proud organization screech to a halt in the first days of New York’s COVID-19 outbreak. It took about a week for the organization to wake up from the numbing shock and adapt to the new circumstances and new mode of operations.

When it came back to life, it did so with an outburst of energy. Canceled conferences were rescheduled, the various committees started to work online, the General Assembly passed resolutions related to cooperation and support to poorer nations in the pandemic. The Secretary-General led the way by calling for a cease-fire, a halt in armed conflicts all over the world. Originally, the 75th anniversary of the signing of the UN Charter was meant to commemorate numerous achievements of the world organization. Instead, the need to reform the UN was brought home stronger than ever. Regarding the future, the questions are numerous. How will the ’new normal’ affect the organization? What lessons have been learned? How to go on from here? Is the virus outbreak a purifying experience, a true wake-up trumpet call – or will the UN go back to its old habits? 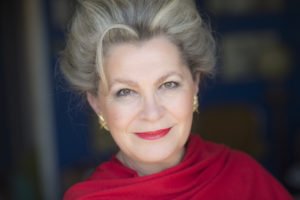 The concept of multilateralism, currently under much criticism, will have to be rethought. In its present form, it cannot cope with the numerous and intricate challenges. Beyond learning to use new tools, the first lesson is that a better, fairer, greener UN will have to be developed, new ways have to be found to help countries respond and adapt to the changes. Good governance will be measured by transparency and progress along these lines. With this in mind a special group, ACT– the acronym stands for accountability, coherence, and transparency – has been formed in the General Assembly to counter the political deals traditionally made behind closed doors by the major powers. The ’built back’ UN will need to work on its reform, with more consent, more transparency, and usefulness.

The challenge is great and it is exacerbated by the COVID-19 pandemic. The economic and social consequences will be severe, years of progress in development policy, gender policies, the environment, the fight against poverty are threatened. Groups working against international order may gain strength. The UN response should be for nations, civic groups, moderate religious groups to work together to solve issues through dialogue.

The Ambassador also spoke of the importance of political psychology. Societies, as well as individuals affected by the pandemic and its consequences (deaths, lock-downs, job losses, disrupted everyday lives, etc.), require not only medical, but also psychological first aid, and the UN must respond to this need.

The UN Headquarters and institutions in New York are not likely to go back to full operation soon. The process will be late and slow, said Ambassador Bogyay.  But when it does, it will be facing a different world to work in. It will, indeed, need to Build Back Better.

The UN is Tested – Commemorating  the 75th Anniversary #IntheTimeofCorona