Post-Soviet Russian-speaking Migration, Investment, Entrepreneurship in Eastern and Central Europe (on the Example of Hungary, Austria and the Czech Republic) Sanja Tepavcevic, research fellow of iASK contributed to the article: Post-Soviet Russian-speaking Migration, Investment, Entrepreneurship in Eastern and Central Europe (on the Example of Hungary, Austria and the Czech Republic).

The object of this study is the migration of the Russian-speaking population from the former Soviet Union to three Central and Eastern European countries-Hungary, the Czech Republic and Austria. The subject of the study was the process of adaptation of Russian-speaking migrants from the former Soviet Union through the channel of entrepreneurship and investment in three countries. The stages of migration of the Russian-speaking population to Hungary, the Czech Republic and Austria from the 1960s to the present are highlighted. Interviews were conducted with post-Soviet migrant entrepreneurs, their acquaintances, and experts. The most illustrative examples of the relationship between business activity and the immigration process in the three host countries are analyzed. Based on in-depth interviews with Russian-speaking migrant entrepreneurs, the idea of post-Soviet investments in the EU economy as “spare airfields” in Hungary, the Czech Republic and Austria was confirmed. Foreign investments of citizens of the former Soviet Union in business abroad or its creation from scratch, often serve to protect the earned funds from the unstable economic and legal environment of sending countries. Post-Soviet Russian enterprise on the one hand, serves the purposes of obtaining documents for residence in the host EU countries and way of life support; and on the other hand, confirms the theory of investments of nationals of developing countries to the advanced economies with the aim of social integration in the host societies. Examples of post-Soviet Russian-language entrepreneurship have shown that entrepreneurship in the construction sector in Hungary and the Czech Republic, hotel business and human resources services in Austria, are the main focus of these countries ‘ economies rather than ethnic businesses. At the second stage, the legislation of the three countries concerning the grounds for obtaining long-term residence of migrants from the former Soviet Union was studied.

The article is available here in Russian. 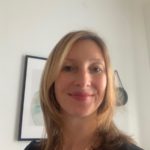