The outcome of the negotiations for a Grand Coalition in Germany has been remarkable. For the SPD to get foreign affairs and labour is not surprising, but to gain the finance ministry is more than many could have hoped. The appointment of Olaf Scholz, Mayor of Hamburg, also might mean a new direction for Germany in Europe. He has spoken in favour of a balanced budget and sound finances but told Der Spiegel: “We don’t want to dictate to other European countries how they should develop” and that “Mistakes were surely made in the past”. He also has told Die Welt that Germany urgently needs to respond to proposals for reshaping Europe by French President Emmanuel Macron.

The rest of the article is available HERE! 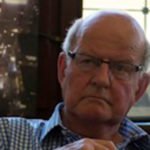